We are reader-supported. If you buy through links on our site, we may earn a commission. Learn more.
Wait! Don't forget your FREE 2022 Wealth Protection Kit 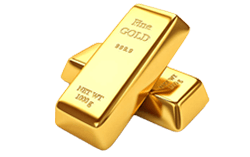 We are reader-supported. If you buy through links on our site, we may earn a commission. Learn more.
Wait! Don't forget your FREE 2022 Wealth Protection Kit

The cryptocurrency space is still changing constantly thanks to its youthful vigor and ongoing tech development. In a recent article on 4 Things All Crypto Investors Should Know, we covered some of the basics for anyone eyeing this market in the present or near future –– like the volatility in the space, and the assets’ decentralized nature.

Given the dynamic nature of the crypto world, however, anyone considering buying in is also going to want to keep an eye on how things are evolving, and what might be around the corner.

Here are some of the noteworthy trends we can identify today.

Years of minimal intervention have given way to a divergence of approaches among central banks around the world when it comes to cryptocurrencies. Some have banned them –– like Turkey after the government noticed people trying to escape a devaluing Lira.

But in other cases, central banks have gotten involved, such as we saw with El Salvador making the decision to turn cryptos into legal tender.

And many more are taking a cautious approach; the United States has chosen to treat cryptos as taxable assets, and the British government appears to agree, given a recent announcement that the country will become a “cryptoasset hub.”

Anyone who became a Bitcoin true believer and still buys into the idea that a truly private, global currency was born, is having to contend with a shifting reality.

Banks are having their say –– in some cases regulating cryptos, in some cases supporting them, and in others coming up with their own versions of digital currency.

Cryptos Are Becoming The Currencies Of Choice In Virtual Worlds 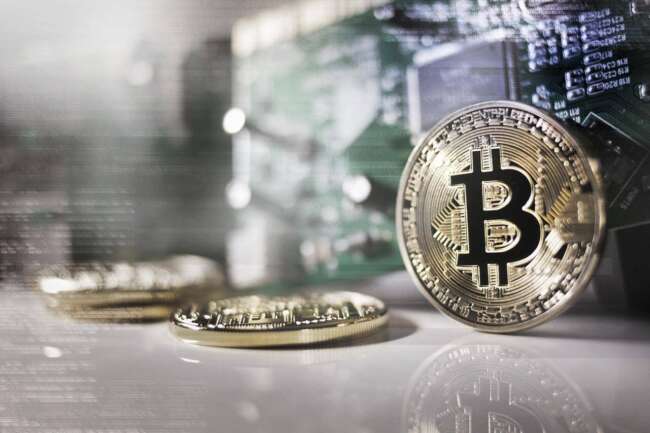 Since the early adopters of cryptocurrencies were mostly dedicated tech enthusiasts, it makes sense that games and game-like experiences or “metaverses” are now becoming hotbeds of crypto activity.

One of the top examples right now is Decentraland, a virtual world full of obtainable assets ranging from digital real estate to wearables.

Essentially, people purchase Decentraland’s in-game cryptocurrency MANA in order to buy and trade these items, as well as for virtual world services and recreation (like concerts).

These ideas existed in earlier projects like Second Life, but the potential to gain a return rather than using inflationary fiat currency has helped to draw in some pretty major investors (and con artists in some cases) to Decentraland and similar metaverses, like the Sandbox.

By this point, the potential for digital assets in these make-believe worlds attaining real-world value is significant, to say the least.

Technical criticisms of some popular cryptos like Bitcoin often concern the relatively slow speed of transactions, high fees, and the energy intensity of the networks they rely on.

Many altcoins claim to be solving these issues through better software implementations, but this isn’t always accurate; fees on the Ethereum network actually increased after some changes were implemented, for example.

But did you know that not all cryptos use traditional blockchains?

One popular alternative, for instance, is Directed Acyclic Graphs (DAGs). Used by projects like IOTA and Constellation, these alternatives amount to a fascinating branch of math, intrinsically much more efficient than blockchains due to their branching structure.

And because from a technical perspective, these can now compete with networks like Visa, some think they could be the future of transactions.

Long-Term Prices May Continue To Rise – But Not Predictably

So far, 2022 has been rough for cryptocurrencies. Numerous factors are thought to have led to the crash of pretty much the whole market beginning toward the end of 2021, and the recovery has stalled out.

Some think this is just part of a roughly four-year cycle, based on a vague pattern that was set from the bubbles and crashes of 2013 and 2017. Prices have been more volatile than ever in the last year, however, with the recent crash following a similar one in 2021.

More importantly, supply and demand at least in the case of Bitcoin could be reaching an inflection point according to analyst Willy Woo. If people put some faith in crypto as a store of value somewhat like gold or silver, it could continue to see long-term rises.

But if the “supercycle” no longer holds, investment strategies are going to diverge wildly, and investors ought to prepare for a bumpier ride than ever.

Crypto is still evolving, with a lot of talented developers and institutional investors influencing changes from all sides. We can’t necessarily say what this will mean with regard to specific price trends, but we can look to some of the changes above as developments that will continue to take shape moving forward.

Supercharge Your 401(k) With A Digital IRA

A relatively safe and tax-advantageous way to invest in cryptocurrencies is through a digital IRA or crypto IRA.

For one, a digital IRA is an extremely versatile retirement account that lets you allocate your savings to your liking. Second, the “standard” investments for IRAs and employer-sponsored retirement plans are stocks and bonds, which can leave one wanting when it comes to diversity, safety, and returns.

A digital IRA is a self-directed IRA, which allows you to include Bitcoin and various cryptocurrencies in a single retirement portfolio, while simultaneously reaping the tax benefits that are commonly associated with retirement accounts.

Also, frequent trading of cryptocurrencies is immensely popular, and a digital IRA lets you engage in it without worrying about taxes on capital gains.

Additionally, your digital IRA can be funded with one or several retirement plans, including existing or former 401(k)s, government-sponsored plans like a TSP, and so on.

Likewise, an existing IRA can be liquidated and the funds transferred to the new self-directed account. Transfers from custodian to custodian are preferred, but not always possible. If you are looking at a rollover, it might take longer to set up your account. For more information, see our crypto IRA guide.

About How To Invest Gold

For over a decade, our mission has been to provide investors and retirees with all the information they need when it comes to precious metals and cryptocurrency investing. 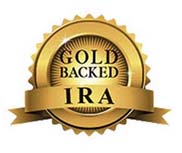 Not only do we provide a complete guide on the best ways to invest in precious metals, but we have also carefully vetted the best precious metals companies in the US to help you choose the best provider for your investment needs.

We believe that investing in precious metals and cryptocurrencies through your 401(k)/IRA is one of the best ways to invest in this asset class, due to the tax-saving component. A gold IRA or crypto IRA is the best way to protect your retirement account against an unstable market.

Disclaimer: The owner of this website is not licensed as an investment advisor and, accordingly, does not make any recommendations regarding clients’ personal investment portfolios. It is recommended that you carefully evaluate and research the risks and rewards associated with investing in alternative assets such as physical precious metals and cryptocurrencies before you make a purchase. Learn more in our Terms of Service.

We are happy to answer all your questions